From the Drs. Edward and Joanne Dauer Collection 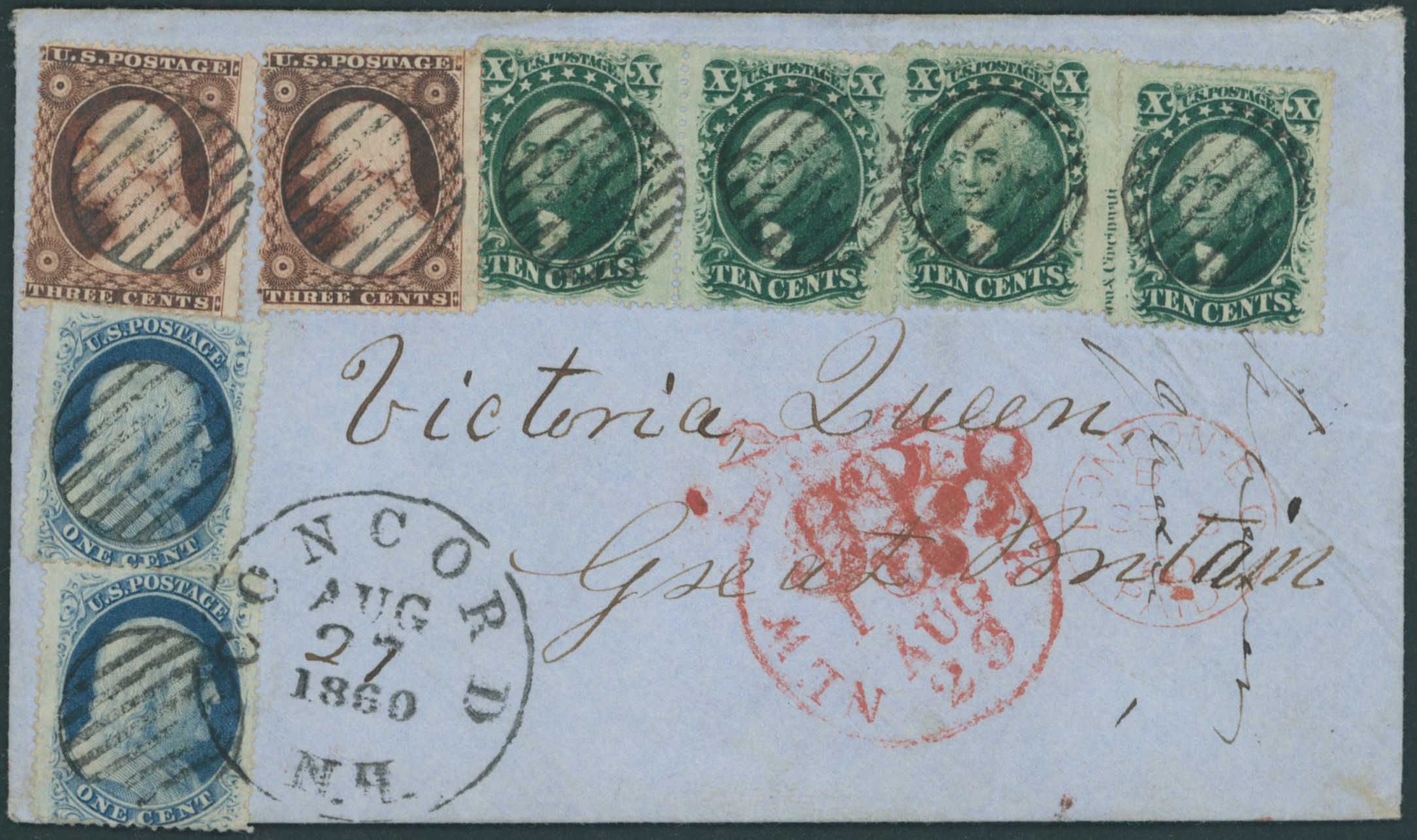 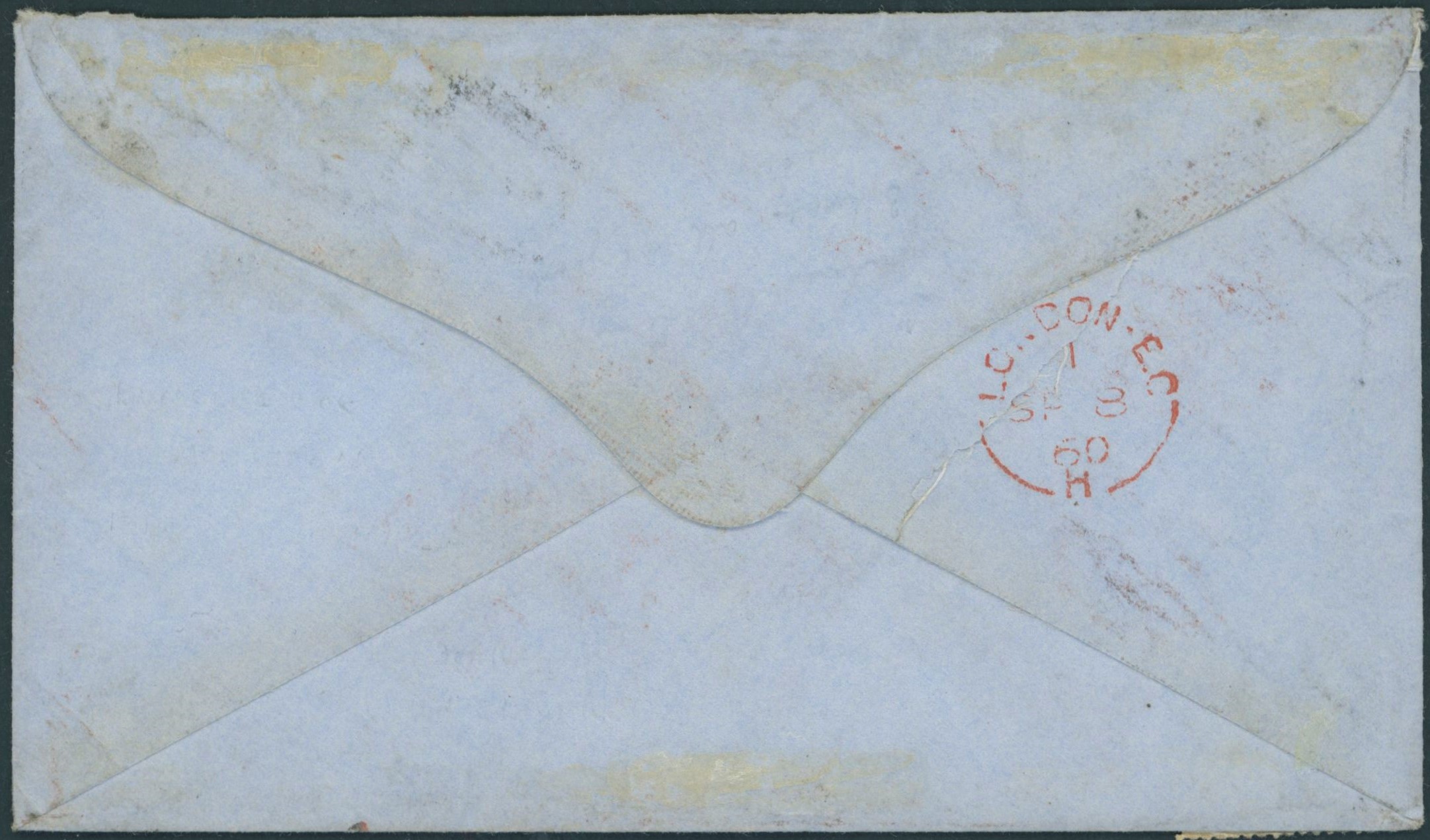 During 1860 Queen Victoria was represented by Albert Edward, the Prince of Wales in the undertaking of a royal tour of Canada. The Queen herself remained in the United Kingdom to attend to domestic affairs, this being a long voyage. From his arrival in St. John’s, Newfoundland on 24 July, on to New Brunswick, Nova Scotia, Prince Edward Island, and finally the Province of Canada in August, the Prince was treated to gifts such as a Newfoundland dog and thrown grand balls, the likes of which constituted what would now be termed a true ‘royal reception’. In fact, the Prince’s tour would set the tone and format for all royal visits to come. The Prince of Wales would also go on to visit America at points on his visit.

This extraordinary cover addressed to Queen Victoria harkens back to this important royal visit. It is possible that the contents, no longer present, reported details of the Prince of Wales’ progress to the Queen.

Purchased by Dr. Edward & Joanne Dauer from the above sale.