Spink's Autumn sale of British coins will take place on September 25th. This is the best selection of English, Scottish, Irish and Anglo-Gallic coins offered in London this season.

Included in the sale is part II of the Ross Blakey collection of Tudor coins with good examples of many denominations and rarities including an Edward VI gold Crown and an Elizabeth I 'portcullis money' 4 Testerns of 1601, struck for use by the East India Company in its first ventures. 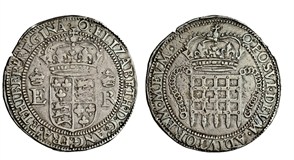 This collection follows on from the Keith Smalley Collection which has some excellent and rare English and Scottish coins including a Bedwyn mint Penny of Edward the Confessor and a Cricklade mint penny of William the Conqueror.

Of particular interest in this collection is one of the best offerings of Anglo-Gallic coins for some time, from the medieval English lands in France, including an extremely rare coin from Bergerac struck of Henry Duke of Lancaster c. 1350.

Highlights of the sale also include Sovereigns of Henry VII, VIII, Mary and Elizabeth I along with four Five Guinea pieces of Charles II, James II, William and Mary and Anne.

This is also a rare opportunity to bid on a number of important gold coins, including: 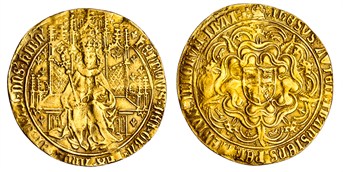 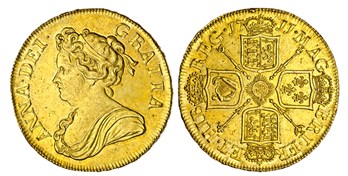 Speaking of the sale, British coins specialist William MacKay said 'this sale has found depth in the range and quality of coins on offer and is a must for anyone looking to acquire rare British coins.'

Click here to view the catalogue and bid online with Spink Live.