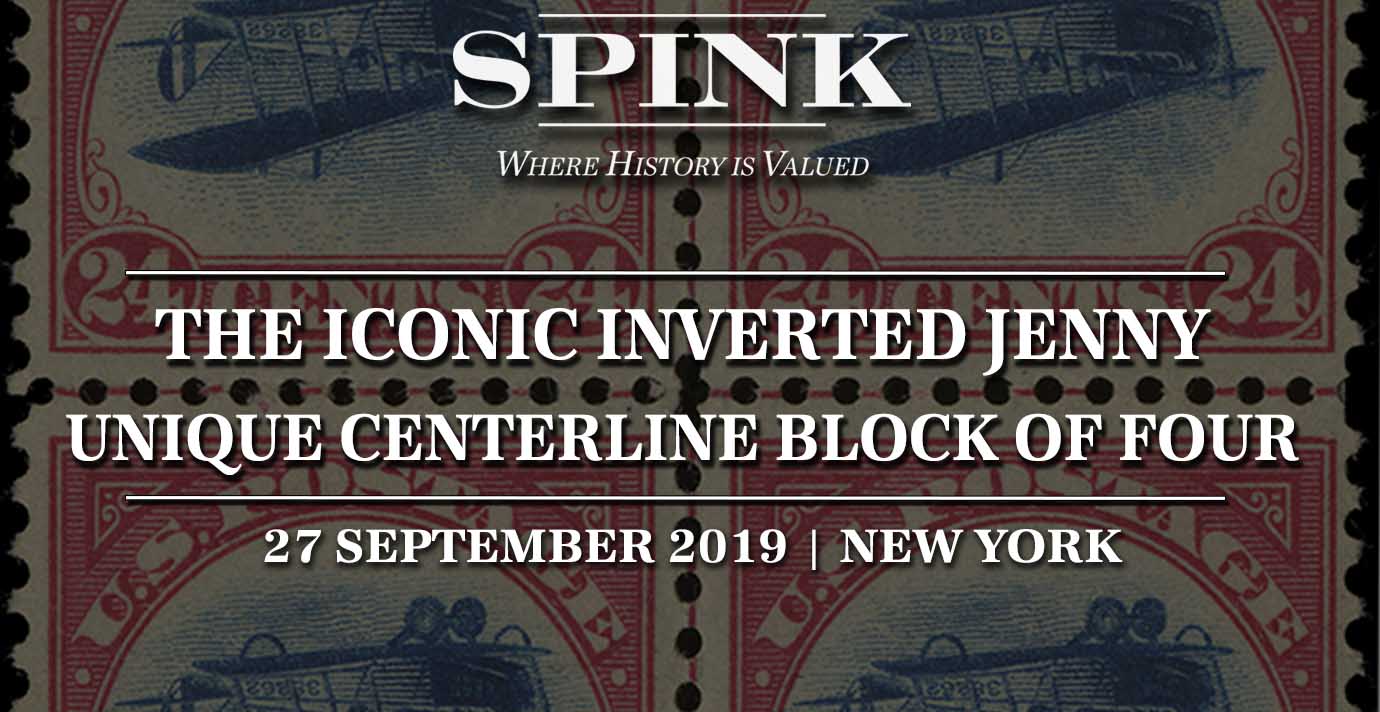 The 1918 Twenty Four Cent Inverted Jenny is one of the most recognised and desired rarities in all of philately. Its legendary status began the moment the stamp was issued in May 1918, when William T Robey purchased the entire error sheet of 100 at the New York Avenue Post Office window in Washington DC on 14th May – just one day after the stamp was issued. Within one week Robey had sold the sheet for $15,000.00 to the well-known Philadelphia stamp dealer Eugene Klein (an impressive return on his initial $24.00 investment).

Shortly thereafter Mr Klein sold the sheet to the renowned yet eccentric collector, Col Edward HR Green for $20,000.00. Col Green asked Klein to break up the sheet for him into singles and blocks, then instructed him to sell all but the few key position blocks. What is puzzling is how, given the immediate attention created by a spectacular new error, so many of the stamps from the sheet have been poorly handled and stored over the years.
In fact, there are at least six examples whose whereabouts are unknown and possibly lost to philately. A great many of the known copies have varying degrees of faults and some have even lost all of their original gum. Improper hinging has caused a significant number of the faults, often thinning or creasing the stamps, and nineteen have straight edges.
On 21st May 2014 Spink sold one of the most recognised and desirable errors in all American philately, the 24c Inverted Jenny. Sold in a single lot auction, the error (from the JE Safra collection) single stamp realised $575,100. After handling such a rarity Spink is now honoured to offer for auction not only a Single Inverted Jenny but a block of four, both with great provenance.
The single Inverted Jenny and the block of four will be offered in two separate lots.
The single Inverted Jenny, described as one of the ‘finest singles’ by our specialist George Eveleth, is Position 39, extremely well centred amid large margin and with full original gum.
Estimate $300,000 - $400,000 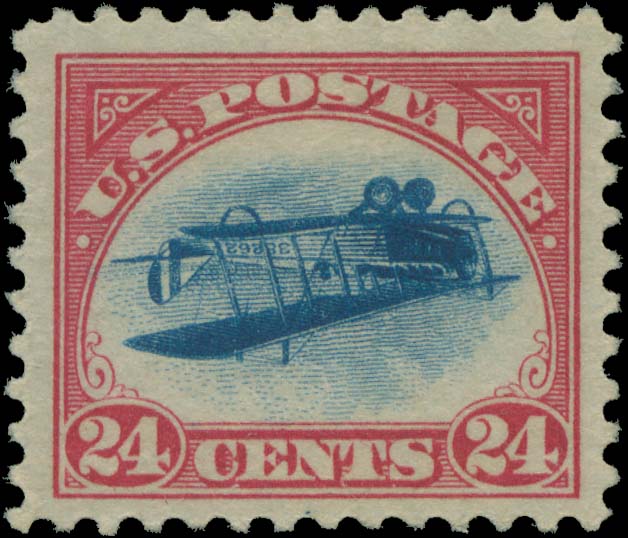 The iconic Inverted Jenny unique centerline block of four is positions 45-46, 55-56, well centred with disturbed original gum, a spectacular showpiece that is ranked among the top philatelic items in the world.
Starting Price: $1,000,000.00 Estimate $2M - $3M 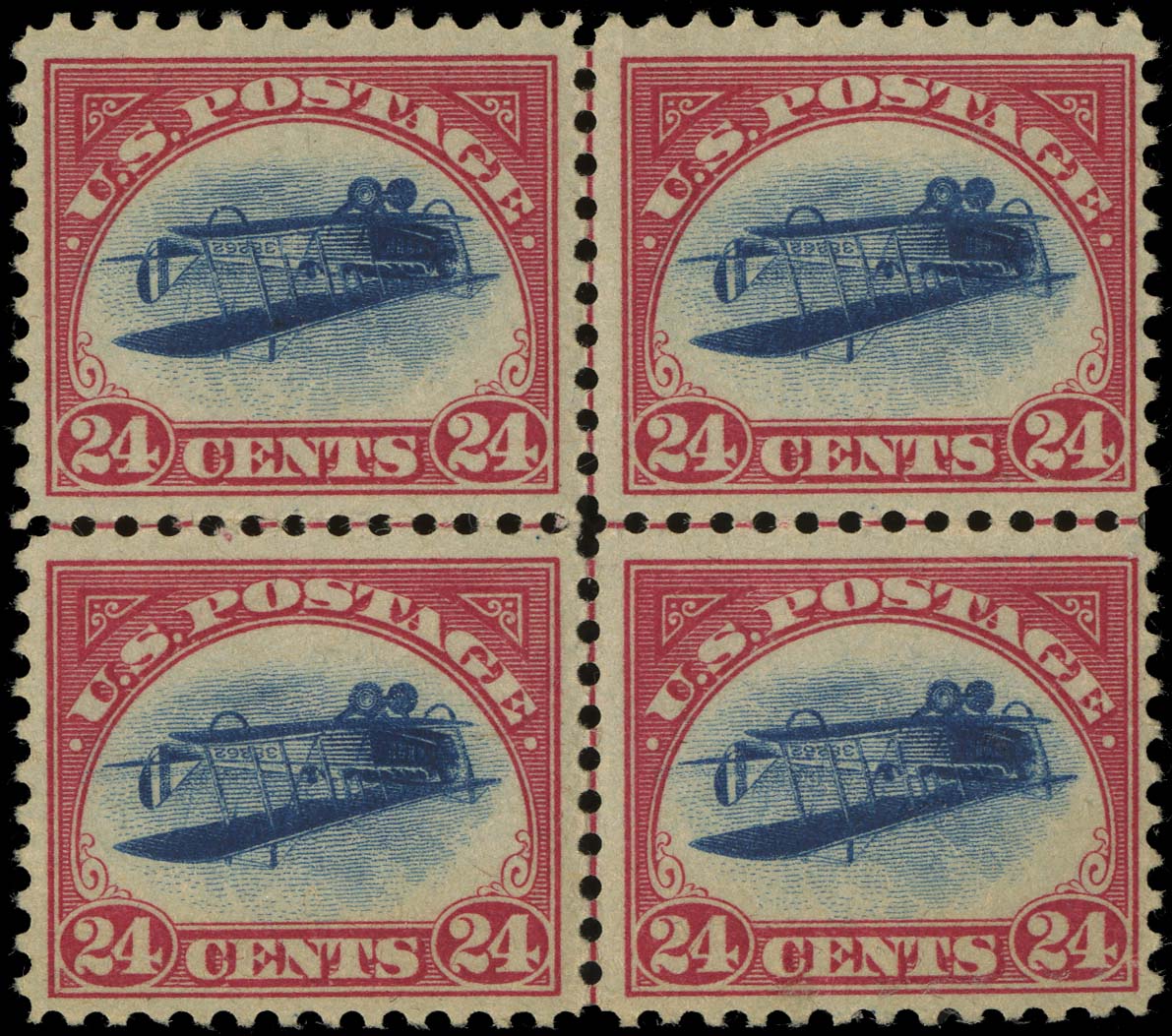