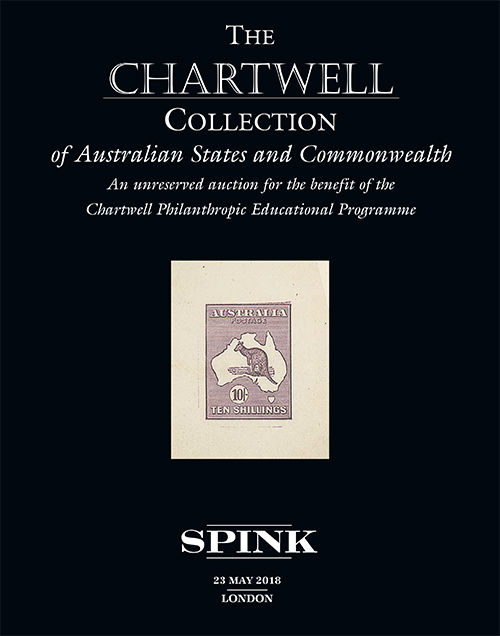 Over 5,000 lots were sold throughout the last few years. Spink held the inaugural auction of the Chartwell Collection a few years ago and sold the latest part of the series today in London;A fine collection which has made history by realising £18,000,000 and has become the largest-grossing run of auctions in British and Commonwealth philatelic history.

The latest series of this fine collection is 100% sold and raises over £2,000,000 for a noble educational purpose

“Who said philatelists were not philanthropists? Just two weeks after having raised £200,000 for the new building of the prestigious Royal Philatelic Society of London we are delighted to once again raise funds for a charitable cause. We value our relationships with clients and it gives me great pride to be the auction house of choice for vendors again and again.” says Olivier D. Stocker, Spink Chairman and CEO.

Chartwell Industries and the Cripps family have been closely associated with a number of colleges at Cambridge University over the last 60 years; there are Cripps Courts at St John’s, Selwyn, Queen’s and Magdalene Colleges, and the Group are currently committed as major donors to a new library at Magdalene. The family’s support of education spans three past generations, and is being continued by the next – the Cripps name can be found on numerous buildings at schools and other learning institutions in the United Kingdom and elsewhere.

Magdalene College The new library project to be funded with the proceeds of the auction. Sir Humphrey Cripps was both a great English businessman and philanthropist, but also an enthusiastic philatelist. Educated at Northampton Town and County Grammar School, it was during this period that Sir Humphrey first displayed a passion for collecting. After his death, his children found a shoebox in the back of his wardrobe. Upon opening the lid they discovered thousands of train tickets bundled and carefully placed in the box. Sir Humphrey had retained every train ticket from his time at school and kept them hidden away in perfect chronological order. After graduating, Sir Humphrey continued his education at St. Johns’ College, Cambridge, where he read Natural Sciences. On completion of his education, he joined the family firm, Pianoforte Supplies Limited. Sir Humphrey’s personal drive would see him rise to Managing Director of his family’s company in 1960 and Chairman in 1979. Along the way, Sir Humphrey also picked up several other passions. First and foremost, he was a charitable man and at every turn in his business progression he would channel funds regularly into the family charitable foundation.

The Australian States and Commonwealth Collection

The Australian Stamp Collection was largely the work of the late Sir Humphrey Cripps. The “missing parts” in the Collection were then put together under the aegis of Sir Humphrey’s son, Robert Cripps, an Australian resident. Robert credits its completion and fine presentation to the late Mr Roy Walker, and to Mrs. Lynn Wells.

The magnificent auction commenced with the six colonies. In each colony there were poofs, issued stamps and with multiples throughout, varieties and covers to be found. The second part of the collection was the outstanding Australian commonwealth, commencing with the 1904 Vaughan essays and continuing right up to modern times. The Kangaroo issues contained die proofs of the 10/-, £1 and £2 monograms and imprints as well as mint multiples and perforation errors. The KGV had major watermark errors and in the Commemoratives there was the 1928 Melbourne Exhibition 3d imperforate sheetlet of four. 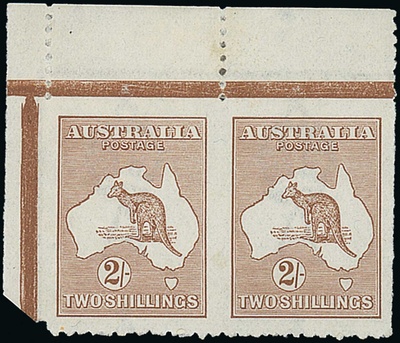 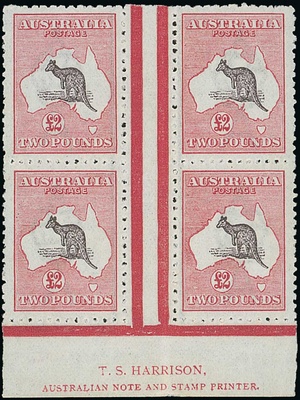 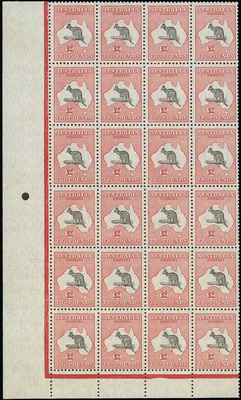 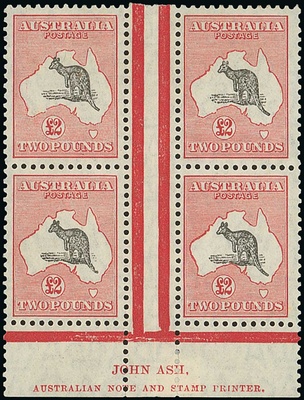