An exceptional collection of over 1200 Islamic coins will be offered in auction by Spink London on 2nd December 2014.

Carefully chosen for their rarity, historical importance and aesthetic quality, the collection encompasses the entire Islamic world and chart back to earliest period of Byzantine influence through to the early years of the 20th Century.

Opening the auction will be one of the earliest Islamic coin types, an Arab-Byzantine Semissis issued by the Umayyads in North Africa. From the early days of the rapidly expanding Muslim world, coinage generally followed a format familiar to the communities it served, which is clear to see Byzantine influence. Estimated £4,000 - £5,000 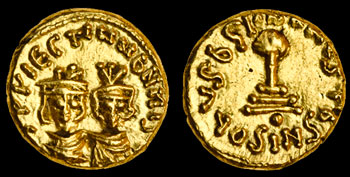 A key highlight of the collection is an early and very rare Umayyad Dinar, dated AH101 and struck in Ifriqiya, North Africa (Lot 23). Issued by the caliph Abd al-Malik (685 - 705) dinars such as these are the first to have a design entirely made from calligraphy, representing a move away from including images which are forbidden in Islam. Inscribed with the Islamic statement of faith (Kalima - translated to "There is no God but God, and Mohammed is the messenger of God") the coin is estimated £10,000 - £12,000. 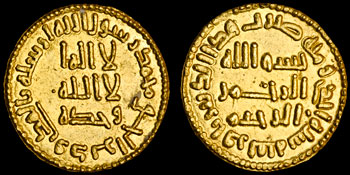 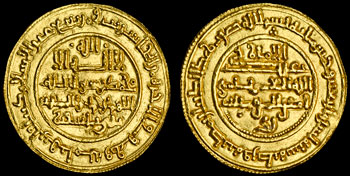 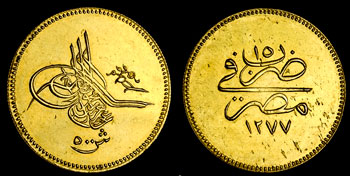 The collection will be on view at the Spink London showroom from 1tth - 24th November and every lot will be illustrated on our website. With live telephone bidding and Spink's own online bidding facility, Spink Live, it has never been easier to claim your share of this exciting collection. 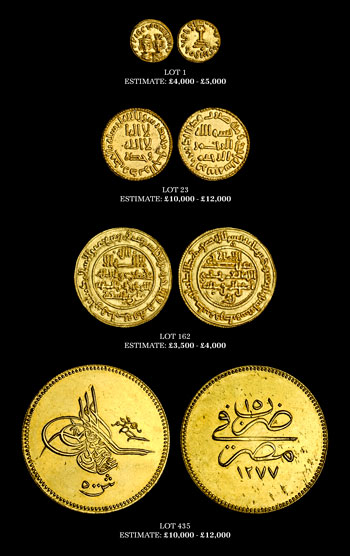