On 11th of October, Spink China will auction a diverse selection of stamps, surcharges and postal history dating back to Imperial China.

One of the many historically important items amongst the hundreds of lots on offer is the 1980 Year of the Monkey from the People's Republic of China in a complete sheet of eighty (Lot 869). This fine sheet is expected to achieve HK$1,000,000-1,100,000. 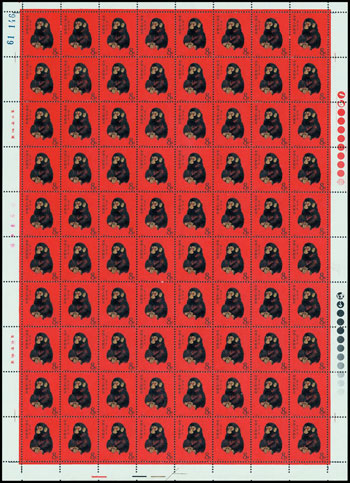 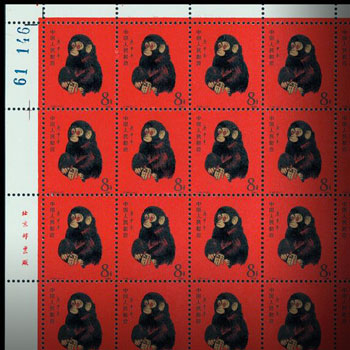 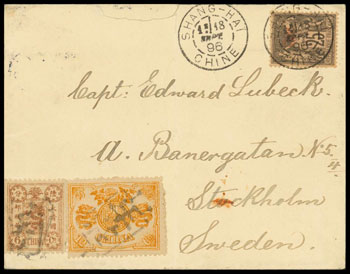 Also on offer is a set of three 1897 New Currency surcharges in marginal blocks of four with large figures on Small Dragons (Lot 148). Printed in bright colours, the appealing set is expected to achieve between HK$100,000 - HK$130,000.

From the People's Republic of China is a rare 1969 airmail envelope from Tsingtao to Germany (Lot 856). The envelope bears an Anti-American Declaration (W9) 8f. on the cover and a se-tenant strip of 5 8f. Directives of Chairman Mao on the reverse. A key piece to any collectors Cultural Revolution exhibit, it is valued HK$45,000 - HK$60,000. 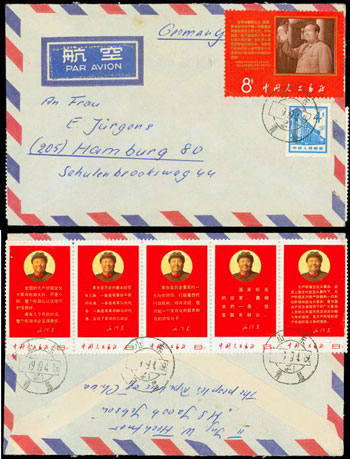