Estimates were exceeded, in many cases doubled, from a wide range of historic coins of the highest quality. Most notably was a 5-Guinea from the reign of Charles II, dated 1674 with edge dated VICESIMO QVINTO (Lot 404). Amazingly, this date and edge combination has not been recorded in any public or private collection before, making this coin extremely rare and possibly unique. Selling for over five times its estimate, the newly discovered edge variety sold for £50,400. 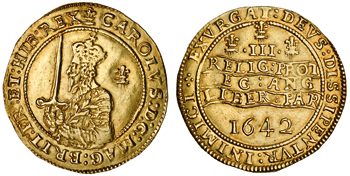 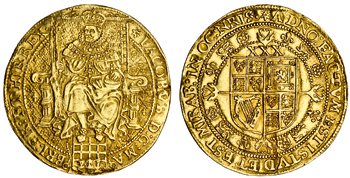 Offered amongst the range of Anglo Saxon and later medieval coins was a very rare Coelwulf II Penny from the Cuerdale hoard (Lot 91). With a splendid portrait of this little known Anglo Saxon ruler, the last King of Mercia, the coin is seen as one of the finest specimens of its type and has a superb provenance of 174 years. The penny achieved £18,000 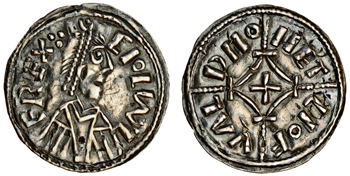 The second day continued with ancient Greek and Roman coins, Islamic and Indian coins and in the afternoon general world coins with an attractive group of European medieval French and Flemish gold coins from the collection of the Late Sir Richard Ground O.B.E. 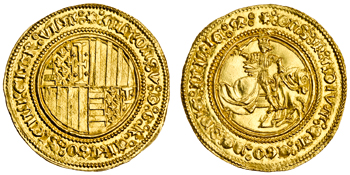