Following a successful auction offering items from the Singapore Philatelic Museum Handling Collection, Spink Asia held an auction of over 1000 lots of stamps and covers from South East Easia at the Singapore Hilton, 20th September 2014.

Offered amongst rare issues, envelopes and postal history was the award winning collection from Peter Cockbur, Fellow of the Royal Philatelic Society, a meticulously researched and written-up collection covering all aspects of the Revenue collecting side of philately. 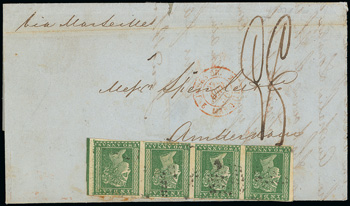 From a notable selection of items from Sarawak, featuring items selected from the Vestey Collection, was an 1860 envelope showing a superb "POST OFFICE/SARAWAK" circular handstamp with manuscript date inserted (lot 1448). Extremely rare and undoubtedly one of the finest frankings from its period, the envelope realised S$19,200. 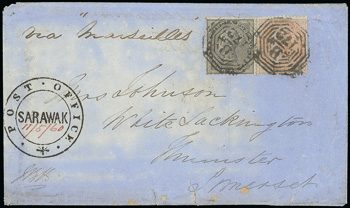 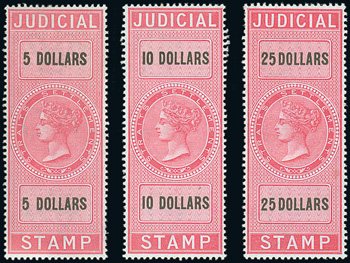 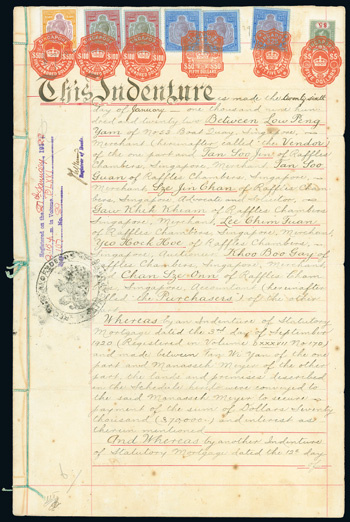 Spink is the world's leading auctioneer of stamps, coins, banknotes, medals, bonds & shares, autographs, books and wine. Since its foundation in 1666, the Spink name has become synonymous with tradition, experience and integrity. Holder of royal warrants and numerous records for prices achieved at auction, Spink offers an unparalleled range of services to collectors worldwide. Spink is headquartered in London and holds over 70 auctions a year around the globe. All catlogues are available on our website and through our Spink App for iPhone and iPad.