During the annual COINEX week, Spink London will hold a two day auction of 'Ancient, British & Foreign Coins and Commemorative Medals', a varied sale of over 1200 lots that covers almost every genre in coin numismatics.

The Anglo Saxon and later mediaeval silver coins, while not generally as eye catching as the gold are equally as interesting. The highlight here is without doubt lot 91, the very rare Coelwulf II Penny from the Cuerdale hoard with a splendid portrait of this little known Anglo Saxon ruler, the last King of Mercia. 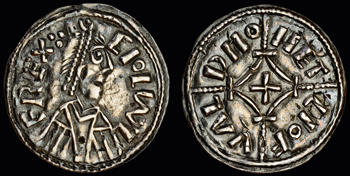 In the afternoon of the first day the session of English milled gold coins starts with a newly discovered 5-Guineas of Charles II, dated 1674 with edge dated VICESIMO QVINTO (lot 404). This is the only coin known with this date and edge combination.

On the second day the sale continues with ancient Greek and Roman coins, Islamic and Indian coins, and in the afternoon general world coins.

There is an attractive group of European medieval French and Flemish gold coins from the collection of the Late Sir Richard Ground, including a delightful gold Angel of Philip le Hardi (lot 1037) and from Naples a really sharp gold Alfonsino or Ducatone of Alfonso I of Aragon (lot 1030). 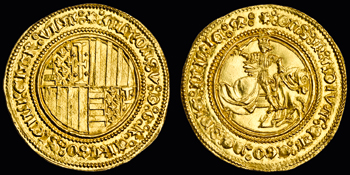 The 8-Reales of Mexico dated 1733  with the MX mintmark (lot 1143) is a great rarity and will no doubt interest both the collectors of Mexican coins and the more general collectors of Crown size (or Dollar size) silver coins of the world.

The sale ends with a very rare Turkish gold medal (lot 1216) struck under Abdul Hamid II to commemorate the Opening of the Hejaz Railway in 1908. This rare and attractive medal is in pristine condition. 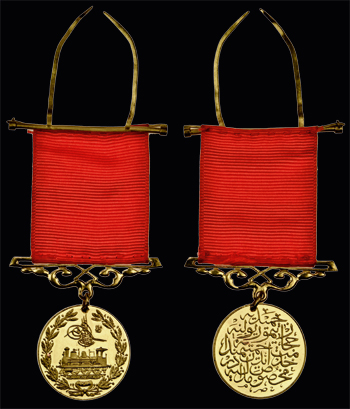