On July 9th, Spink London held the second instalment from the important group of auctions to offer the Vestey Collection. 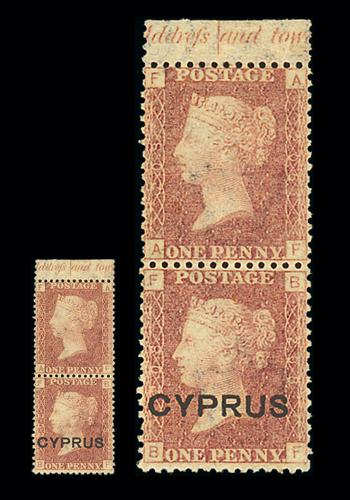 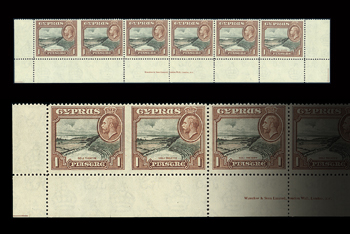 Amongst the range of Gibraltar philately was a rare marginal plate number example of the 1889 10c. carmine, variety value omitted (Lot 119), which achieved £7,200 and an extremely rare £5 violet and black imperforate plate proof block of four that realised £13,200 (Lot 189). 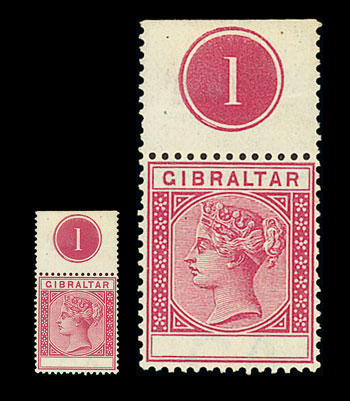 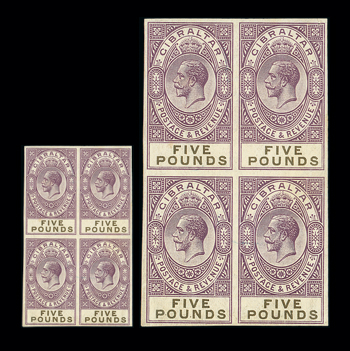 Following this was a remarkable section of Long Island issues, many containing errors and varieties. Very popular were a 1916 First Issue trio of surcharges on Turkish Fiscals stamps captured by a landing party from'H.M.S. Doris'(Lot 229, 230 and 231), with each item exceeding its estimate, they individually realised between £4,800 and £6,000. 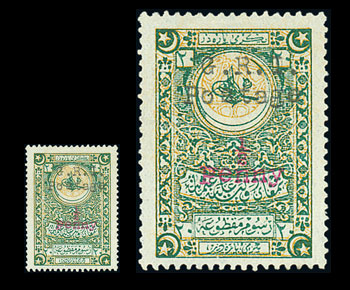 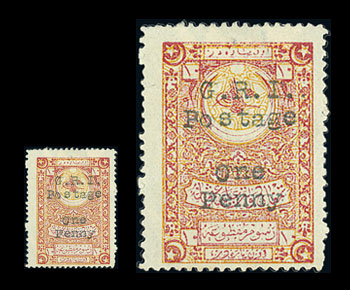 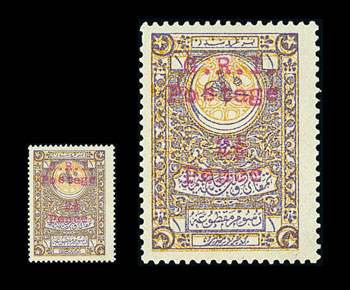 Amongst the errors of the Long Island issues was an extremely rare 1916 6d. blue, Plate 2, horizontal strip of three (Lot 308). Not only was the example printed se-tenant, with 6d. on either side of the 2d. issue, but it also contained the misspelling 'ISLND' for 'ISLAND', it achieved £15,600.

The sale concluded with issues from Malta. Highlights included a superb 1902 "One Penny" on 2½d. dull blue provisional marginal pair (Lot 355), both stamps with surcharge double and the right-hand stamp with the 'One Pnney' error. This unique multiple realised an outstanding £43,200 and was the star item of the auction. 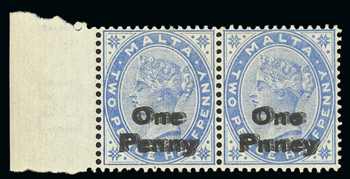