A Collection in Commemoration Offered at Spink

Over the course of the 15th and 16th of July, Spink London will hold a sale of 'World Banknotes', featuring collections of world banknotes from Sune Persson and Isle of Man banknotes from Steve Wright in addition to over 1000 lots of issued notes, colour trials, composite essays, die proofs and specimens.

The auction commences with a half day devoted to a comprehensive collection of banknotes from across the globe accumulated by the late Professor Sune Perrson, an eminent expert on the Middle East and avid collector for over 40 years.

Spink Banknote Specialist, Barnaby Faull, comments "What really sets this collection apart is the condition of these notes, with almost everything in superb grade." 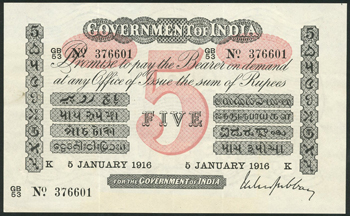 The rest of the sale will feature notes from a multitude of sources, both trade and private, which together make for a varied and interesting general world section. 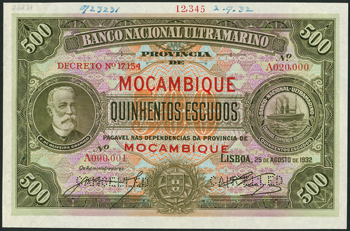 Another impressive item on offer is an exceptionally rare banknote for 10,000 rubles from the Vladikavaz Railroad Company, in South Russia (lot 1036). Featuring wonderful imagery of the railroad, it is completely original and about uncirculated.  It is estimated £8,000 - £10,000. 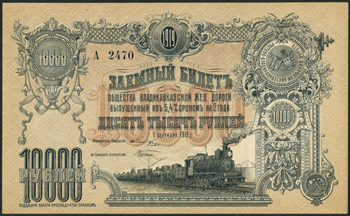 Offered towards the end of the 1666 lot auction is the Steve Wright Collection of Isle of Man Banknotes, most certainly the largest group of its type ever to be offered in a single session.

Within the collection is an excessively rare £10 unissued bill of exchange from Beatson Copeland & Co., dated 1811-14 (Lot 1508). Printed in black upon white watermarked paper, the bill contains a detailed vignette of The Old Fort, Douglas at the top centre.

Stated by Quarmby to be one of only 3 believed extant, the bill is estimated £800 - £1,200, the most valuable item offered within this section. 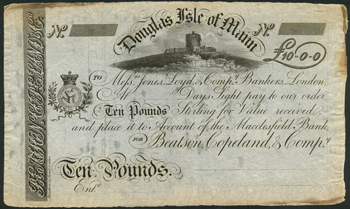