Rare Bonds & Shares to be Sold by Spink Switzerland

On the 7th of June 2014, Spink Switzerland will be holding an auction of "Bonds and Share Certificates of the World".

The auction contains a diverse selection of rare and historically important items from Europe and the United States.

Highlights of the sale include lot 119, a bill of the exchange, 1756, for the supply of the North-American Expedition, signed by Benjamin Franklin, and lot 121, a eighth share certificate, 1787, issued by the famous French Compagnie des Indes, established by John Law. 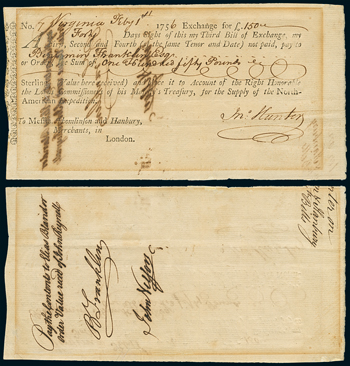 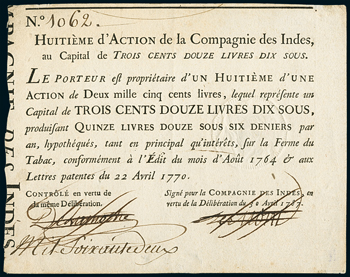 From a well-represented Swiss market, the sale also features papers from Swiss Railway and Shipping. These include rare Share certificates from the Bernese Marzili Railway, 1885 (lot 288), the Zurich Polybahn, 1888 (lot 358) and the Vereinigte Dampfschiffahrtsgesellschaft für den Thuner- & Brienzersee, 1891 (lot 340). 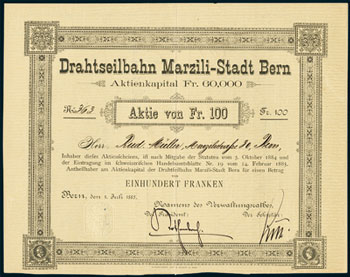 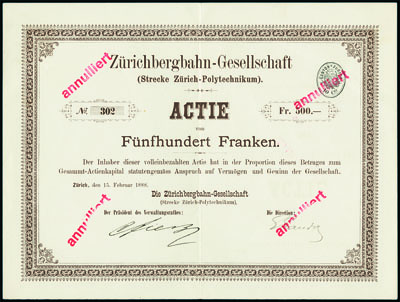 Other items include a 1941 replica of Marcel Duchamp's issued Bond of the Roulette de Monte Carlo (lot 45) and a TV-share from Sanabria Television (lot 337), which is thought to be the first TV-share known, issued in 1932. 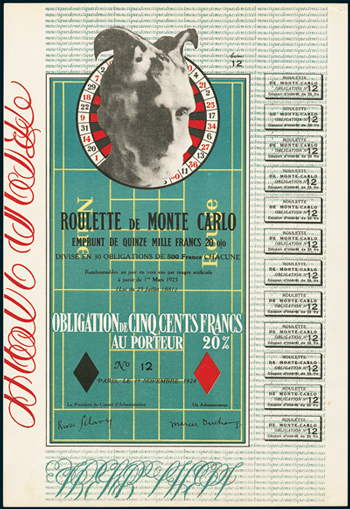 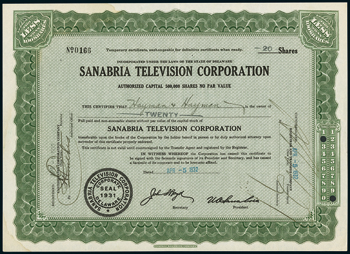 Spink Specialist Dr. Peter Christen commented, "We from Spink are happy to be able to offer our buyers many interesting and unique Bonds & Share certificates. With this auction, Spink will set another milestone in the development of this new and exciting field of Bonds & Shares"