U.S. Assay $50 ‘Slug’ and Other Gold Rarities From the ‘Forest Park Collection’ to be Offered by Spink USA

A handsome example of the much sought-after 1851 United States Assay Office $50 Gold "Slug" along with a number of other U.S. rare gold rarities will cross the block in New York on June 18 when Spink auctions the "Forest Park Collection". Formed largely in Philadelphia in the 1950's and 1960's, the collection features a wonderful selection of U.S. coins, medals, tokens, and paper money along with a select group of ancient and world coins. 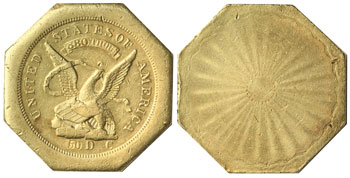 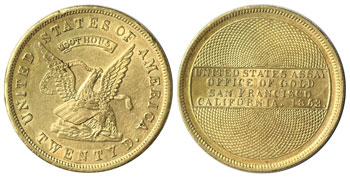 A massive 1909 Hudson-Fulton Sandblast Proof Gold Medal is certainly the star of the medal and token offering (lot 2552). This piece, estimated at $20,000-$40,000, is one of only two gold medals produced by Whitehead and Hoag of Newark for the American Numismatic Society while the dies were in the society's possession. Its offering presents a singular and perhaps once-in-a-lifetime opportunity for collectors. 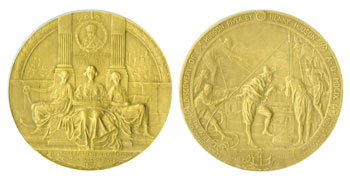 The collection also features a pleasing array of U.S. Currency, Commemorative Half Dollars and Silver Mine Ingots.  "In today's market, 'fresh material' is increasingly becoming a rare commodity," says Stephen Goldsmith, head of Spink's Numismatic Department in the U.S. "The sale of the Forest Park Collection presents a golden opportunity to collectors to add both beauty and value to their collections." 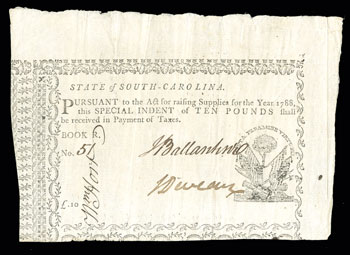 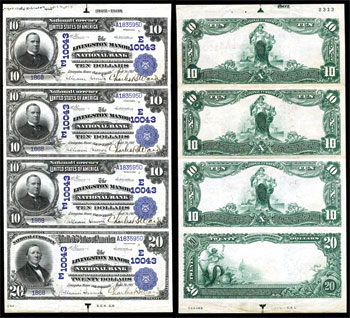