The auction offered 91 lots, many of which have not been seen on the open market for over twenty years.

Addressed to Mrs Jonna in Malta, each stamp has been cancelled with a red Maltese Cross and black pen strokes.

"I enclose a few of the new Post Stamps which are to be stuck on letters. They may be a Novelty in Malta"

This item demonstrates a combination of early overseas use and franking, both of which are dated just three days after the first official day of usage. 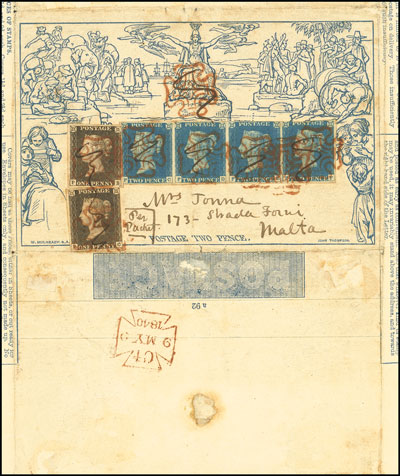 Another highlight was lot 1063, a wonderful matched pair of an unused 1840 One Penny Black and a Two Penny Blue.

Complementing each other with fine and fresh colours, both are in excellent condition and demonstrate a wonderful example of the world's first two postage stamps.

An excellent example of the exhibition quality items on offer was lot 1069, a very rare One Penny Black block of four.

With a sharp impression and fresh exceptional colour, the superb block achieved £60,000. 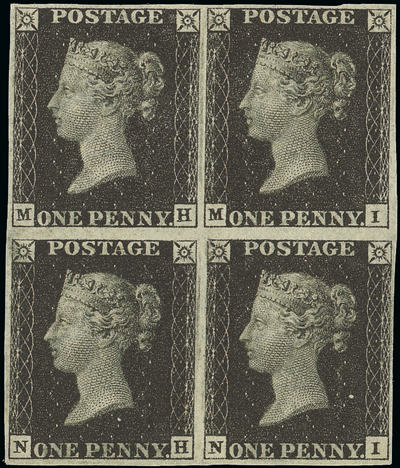 Still including a large part of its original gum, the unused specimen has good to large margins all round.

The fresh and highly attractive example is in remarkable condition and sold for £96,000. 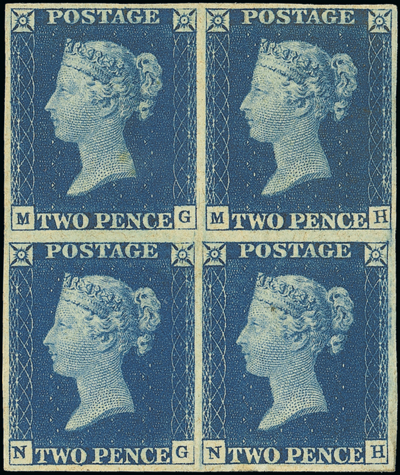 Next week, Spink USA will auction 'The J. E. Safra 24c. Inverted Jenny'. Due to be sold on the 21st May, the legendary error will be offered in a single lot sale.

To find out more about the Inverted Jenny, CLICK HERE.