Harry Birkhead was a top collector, researcher and exhibitor of this topic. His collection of Anglo-Boer War is one of the finest and most comprehensive collections of mail relating to the sieges of the Anglo-Boer War and the local or 'town' stamp issues of the war ever to be formed and brought together.

Each item within this collection tells a story, such as with Lot 206, an envelope front "via Beria" to England. Mail and letters such as this one were intercepted out of Mafeking, the runners delivering this mail were shot and the letters were attached to their bodies and left to be found the next morning near the defence lines. It is estimated for £400 - £500.

The Birkhead Collection also holds unique rarities such as Lot 228. 3d. pale blue on blue variety reversed design neatly cancelled with 27 April c.d.s. There are only ten examples of this stamp known (of which this is the earliest recorded), three mint and seven used, with only seven in private hands, this example is undoubtedly the finest of the five examples in private hands, of Mafeking, estimated for £35,000 - £45,000 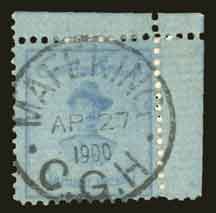 In homage to Baden Powell, Lot 243 is a £1 note issued during the Siege of Mafeking. It is printed in deep blue on "Bassendean/Vellum/Loft Dried" paper accompanied with serial no. 544. A beautifully printed illustration of the Mafeking Siege preserves that particular moment in time, estimated to reach between £400 - ­­­­£500 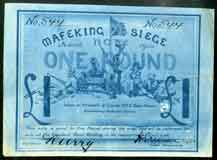 Lastly the spectacular Lot 360 shows the variety of items up for sale. A rose-red and green block of sixteen (8x2) with original gum is none other than a spectacular show piece multiple, the largest recorded block of any Wolmaransstad hand stamped provisional. It is estimated £2,500 - £3,000.

The following day, Spink will offer The "Foxley" Collection of British Guiana and British Honduras.

This sale presents two fine collections formed and assembled over a 50 year period. The collections together create a broad selection of stamps and postal history which are supported by many rare essays, proofs and specimens as well as revenues, forgeries and rare cancellations from provenances going back as far as Seybold (1859 - 1909), Lord Crawford (1847 - 1913) and Manus (1851 - 1931). 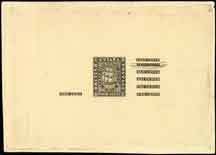 One of the oldest Lots in the auction is Lot 1013, an entire letter dating back to 1813 from Berbice to Belfast with an unrecorded date stamp. This is the only recorded example. This unique item is estimated at £800 - £1,000 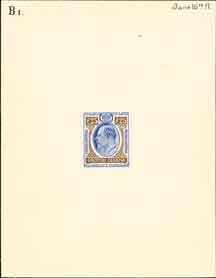