Spink is delighted to kick off the 2014 with three whole days of successful Philatelic sales from around the globe.

Two strong collections featured items that attracted bidders old and new, joining us over the phone with many more bidding live online via Spink Live, which continues to attract attention across the globe.

To greet the New Year, Spink began with 'The Award Winning "Medina" Collection of India, Part IV'.  This sale is the fourth in the series of sales devoted to the remarkable Medina collection. This particular auction comprises issues from Post-Independence India and features a fine array of essays, proofs and issued stamps with varieties. Most notable was Lot 24. A 15n.p. imperforate miniature sheet of four, inscribed with "1857-1957". This beautiful sheet was never issued, making this proof example completely unique, fetching £1,800 in auction. 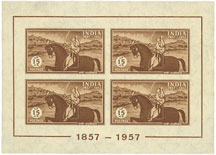 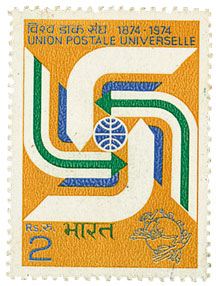 Towards the latter part of the sale, Lot 146 was revealed; a vertical strip of five stamps, commemorating the 150th Anniversary of Franz Schubert's death. The very rare multiple pulled in a remarkable £5,000.

Following in the footsteps of The "Medina" Collection, Spink hosted The Collector's Series. A sale containing over 1800 lots of stamps and postal history.

Following, we have 'The Collector's Series'. This sale contained over 1840 lots of stamps and postal history to be offered over three days, including fine British Commonwealth with exceptional Cape of Good Hope, Ceylon and Gold Coast. It also featured an interesting section of letters to an Officer serving with the British Army during the Crimean War and a fascinating letter written by Florence Nightingale.

A noteworthy moment in this auction was Lot 1745; a 1885-90's artist's original hand painted essay with blank value tablet used for the 2d., 4d. and 1/- values. Also, below and outside the design, there is an enlarged drawing of the Maltese Cross. The delightful article achieved the World Record for an item of Maltese artwork, selling for a ground breaking £38,400. 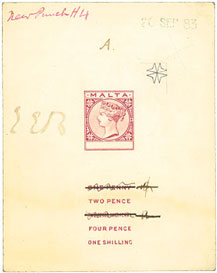