A Week of Extraordinary Stamps & Autographs at Spink

Spink has this week enjoyed a packed schedule of auctions, selling hundreds of thousands worth of remarkable stamps, covers, autographs and postal history.
The week began with a diverse Collector's Series Sale encompassing a massive 2000 lots. The three-day sale featured a number of splendid highlights from around the world, with some estimates being greatly surpassed as rarities passed on to new owners.
The Australia 1931-36 £2 mint block of four was a particular stand-out for the first day of the sale, realising an outstanding £24,000. 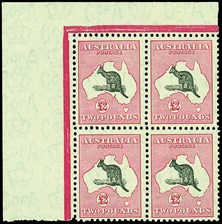 The second day included a strong collection of Olympic Games issues, including the Athens 1896 cover bearing the set to the 1d., which realised £3,840, over double its estimate. 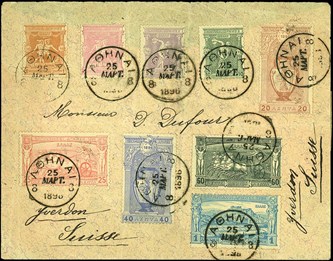 The busy sale concluded on Wednesday with the Cranbourn Collection of Valentines. There were many notable results, including the beautiful 1851 pierced paper lace envelope from Bermuda, which fetched £1,680 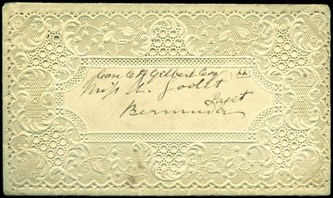 On Thursday Spink held the "Lionheart" Collection of Great Britain and British Empire Part II, which included some exceptional items. The first lot to be sold was the Great Britain 1840 1d., which sold for £8,400.

This was followed shortly after by the Great Britain 1913 Waterlow £1 marginal block of four, a stunning example of this rare multiple, which went for an impressive £9,600.

In the afternoon we offered the Robert Marion Collection of Mauritius Stamps and Postal History, a glowing collection of letters and stamps, and the most comprehensive sale of Mauritius to come on the market in the last forty years.
A magnificent 1848-59 2d. strip of three was of particular note, realising £24,000.

Among the Mauritius covers sold was a large part front to Pamplemousses, with a 1d. dull vermillion pair, selling for £5,040. 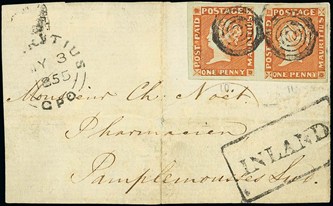 Our eventful week of sales concluded this afternoon with Postal History and Historical Documents. We were delighted to welcome a number of new bidders to our London auction room today, as this was an exciting new venture for Spink, it being our first Document auction held in London.
Highlights included the autographs of Queen Elizabeth I (£13,200) and King Henry VIII (£11,400), and the Marchand Archive of 1896-98 (£21,600). 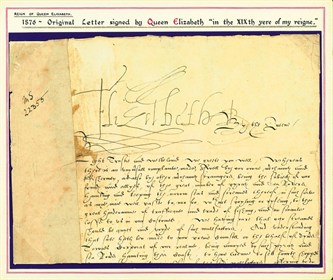 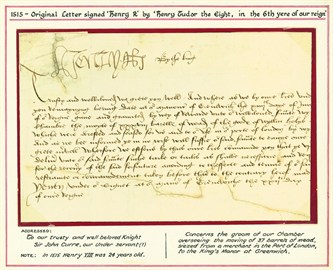 A number of estimates were surpassed throughout the sale, including autographs from the Tudor court, such as Walsingham, Essex and Lord Burghley. Also selling for above its estimated value was the Queen Elizabeth II Royal Pardon for a minor traffic offence, which sold for £300. 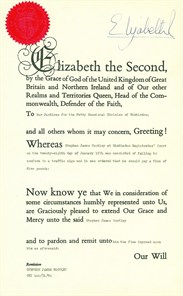 Speaking of the week's sales, Head of Spink Stamp Department Guy Croton said "the diversity of the material offered this week and the excellent prices achieved shows that the philatelic market is as strong as ever, and Spink remains at its core."