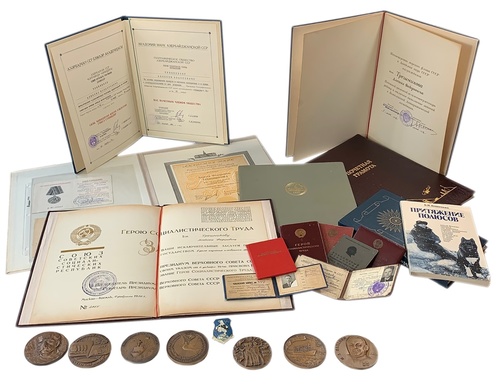 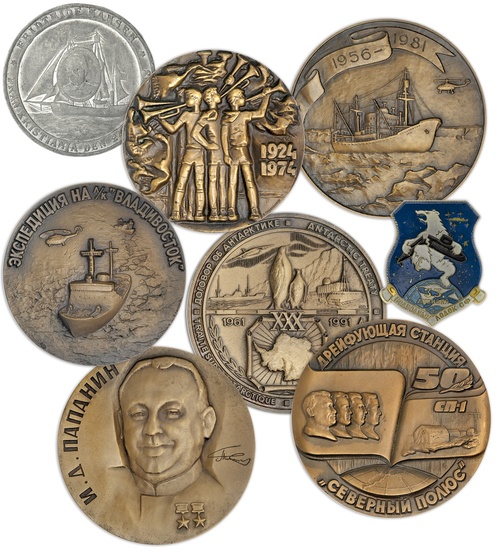 Alexey Fyodorovich Tryoshnikov (1914-1991). Soviet polar explorer; leader of the Second Soviet Antarctic Expedition, and the 13th Soviet expedition; member of the Soviet Academy of Science. Involved in the defense of the Northern Sea Route in World War II, participant in 1948 Soviet expedition to the North Pole, leader of the North Pole-3 ice station in the Arctic Ocean, 1954-1955; later Director of the Arctic and Antarctic Research Institute of the USSR (1960-1981) and president of the Geographical Society of the USSR (1977-1991).

Sale 347 Notices
Please note that this group also includes Tryoshnikov's Medal for the Defense of the Soviet Polar (Transarctic) region, and enameled Soviet Submarine screwback badges - KSF 1982, and KSF 1933-1988. The amended estimate should be $550-$750. 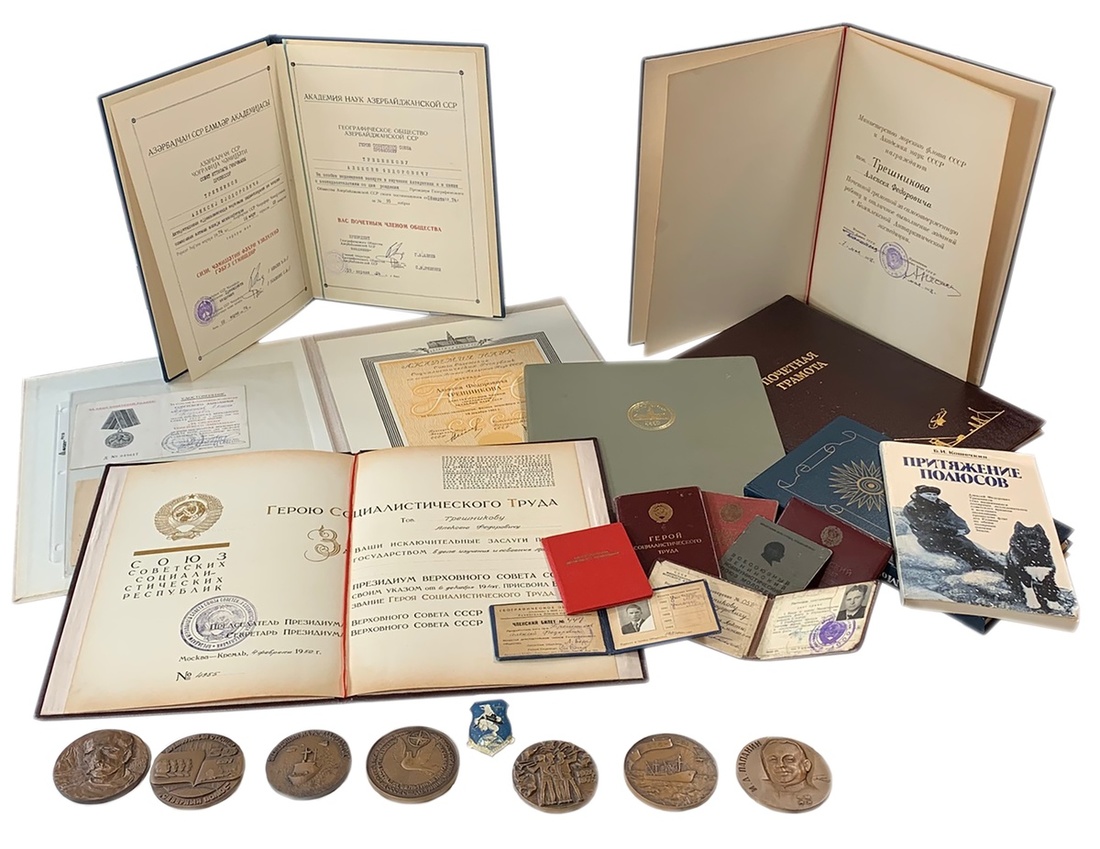 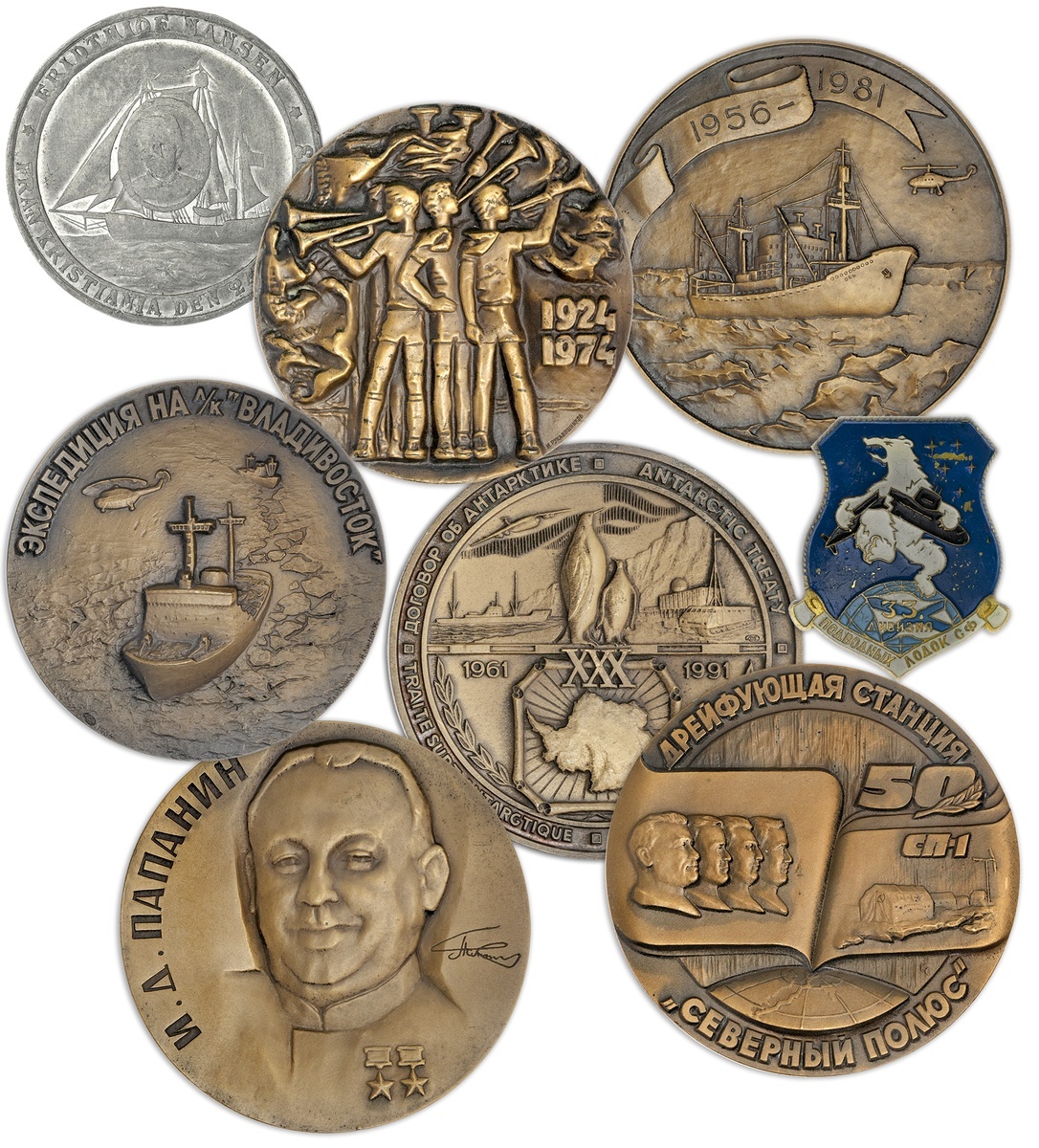