The 'no stops' in obverse legend has not previously been noted in any of the standard reference works for the Guinea coinage of William and Mary. Nevertheless, the recent sale of a 'no stops' 1693 'Elephant' Guinea through this saleroom (Spink 266, 24 March 2020, lot 327 - £6,000 HP) demonstrates that it now ought to be recognised. As a subsequent numismatic discovery respecting the die-sequencing for this short-lived two-year 'Elephant' coinage, it is now apparent that the obverse die used for the striking of this coin was transitional across the calendar year, being similarly employed for the production of the coin sold in our saleroom in the Spring. Based on available auction records, only one other example of the 'no obverse stops' 1692 'Elephant' Guinea can be traced - incorrectly identified as an Elephant and Castle type (Spink 171, 25 November 2004, lot 42) which has only once subsequently reappeared (SJA 14, 30 September 2010, lot 107). During the same time period, the Samuel King example of the 1692 'Elephant' Guinea was offered through this house (Spink 173, 5 May 2005, lot 132) exhibiting clear obverse legend stops, as well as two further examples in the trade. Given the scant records it is evident the rarity of the Elephant only coinage is not thoroughly appreciated even though at the time of the Murdoch sale, his example was presumed 'unique'. There are two obvious reasons why this is, the more significant being the easy misidentification of the type with the more prolific Elephant and Castle issues, as well as the lack of available examples for close scrutiny of the die varieties. Fortunately the forthcoming publication of 'English Gold Coinage' (Maurice Bull, Spink) will clarify such varieties to present and future discerning connoisseurs. 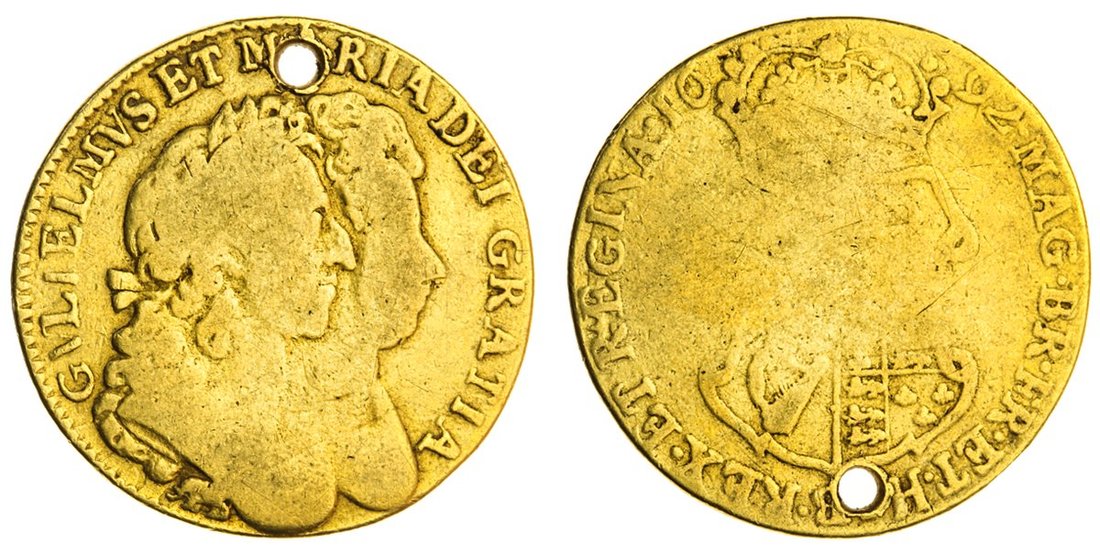