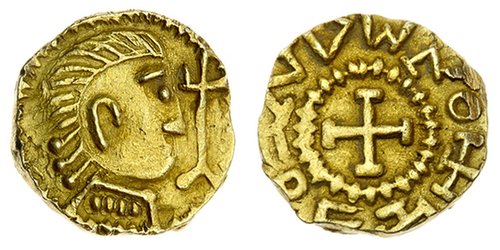 Provenance
Recorded with the Museum of London
~ 'Found on the Thames Foreshore by Mr Donald Lee, at 9am on Sunday 15 June 2003' ~

This mysterious issue was known to Sutherland ['Anglo-Saxon Gold Coinage', 1948] from only three coins, with a further single find reported to Metcalf by the time of his revision to the corpus half a century later ['Thrymas and Sceattas in the Ashmolean Museum, Oxford', 1993]. By 2006, with the popularity of metal detecting soaring, Abdy and Williams' 'Catalogue of Hoards and Single Finds from the British Isles: c. AD 410-675 (Brill, 2006) documents nine specimens, four housed in institutional collections (BM: 3; Ashmolean: 1), the rest having appeared at public auction or in private dealer lists by the turn of the millenium. Since 2006, a further three 'Wuneetton' Thrymsas have been recorded with the EMC bringing the present corpus to twelve examples, the current piece being the only known example with a single ring reverse design.


Although absent from the famous Crondall Hoard (1828), dating has resorted to academic interpretation of fabric and iconographic similarities to the 'Witmen' group found at Crondall, and the issues of contemporary moneyer Abbo. Metcalf further noted that an example of the 'Witmen' prototype has also been recovered from the Thames foreshore, near Blackfriars, seemingly putting a connection between the Witmen and Wuneetton groups beyond doubt. 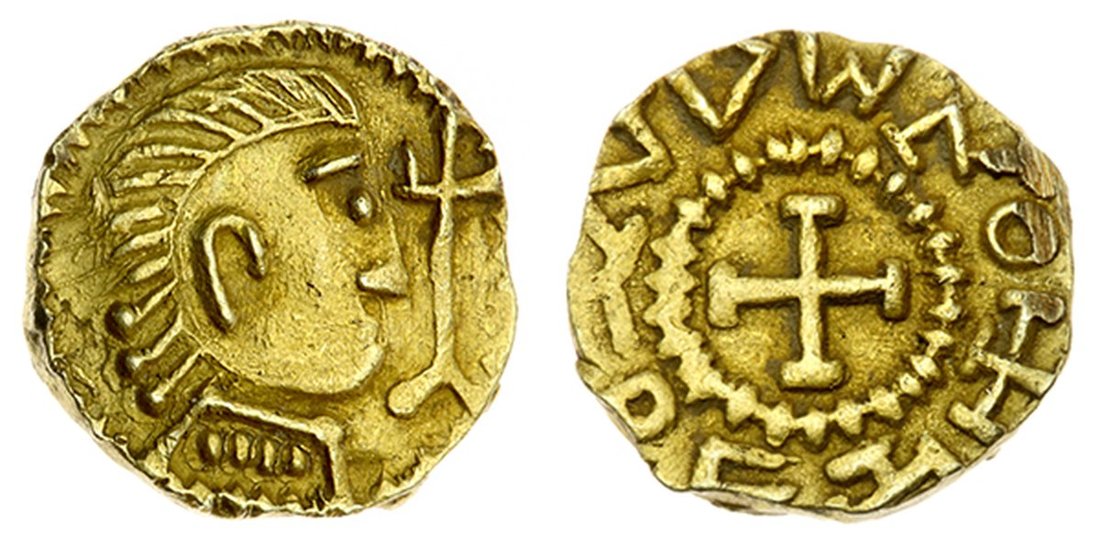