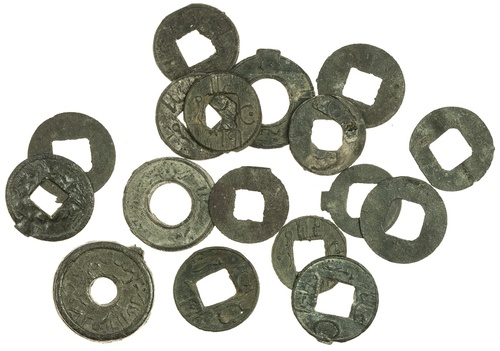 Palembang is situated on the north-east tip of Sumatra. During its long history it has not only been an important port for spices, but also for tin that was mined in the hinterland. Since 2009 dredging operations at Palembang have brought to light many coins of tin and tin alloy produced by the local sultans before the Colonial period. These have been catalogued and discussed in the Journal of the Oriental Numismatic Society by M. Mitchiner and T. Yih during the last 10 years.
Until the Portuguese conquest of Malacca in 1511, the main foreign buyers of tin were the Chinese. During this time Chinese Cash replaced local coinage, which explains why local coins often have central holes and were usually traded in strings, and why early issues bear Chinese legends.
After this, the Portuguese controlled much local trade from Bantem until the Dutch established Fort Batavia in 1619. During the 17th century the Dutch gradually established monopolies in the trading of tin and spices, preventing much trade between the Portuguese and the Chinese, and severely hindering the regional trading network between the local Sultanates. Due to these problems only coinage produced locally was in circulation during this time.

Palembang became an independent sultanate in 1546. In 1658 the sultan launched a lethal attack on the Dutch trading station nearby, the reprisals for this included the building of a Dutch fort. It was suggested by Mitchiner (JONS 213, pp.22-38), that this humiliation may have triggered a reform of the coinage, evident in the issues bearing the legend 'Alamat Sultan' (Mark of the Sultan) in a local script (Yih, JONS, 209).

In 1710 tin ore deposits were found on nearby Bangka Island, then controlled by the Sultan of Palembang. The quantity of tin coins minted in the area henceforth increased dramatically and consisted of two types: the first issued under the direct authority of the sultan, mainly small in size with Malay script, and the second issued for the Chinese mining communities on Bangka Island who were allowed to pay a third of their wages in locally produced coins.

This situation continued until the Dutch garrison was massacred by a local force in 1811, preceeding the occupation of Java and Sumatra by the British in 1812. They remained in control until 1816, resulting in the minting of a very distinct issue of Pitis identifying Palembang as part of the state of 'Inglistan' (lot 1417).
Interestingly Bangka Island was exchanged by the British for Cochin in South India, and Dutch rule resumed in 1816.

Nicholas Rhodes amassed a good range of coinage from the Sultanate period of Palembang at a time when they were in plentiful supply. They are offered in this and the next four lots. It is unlikely they will be found in such quantity and variety again. 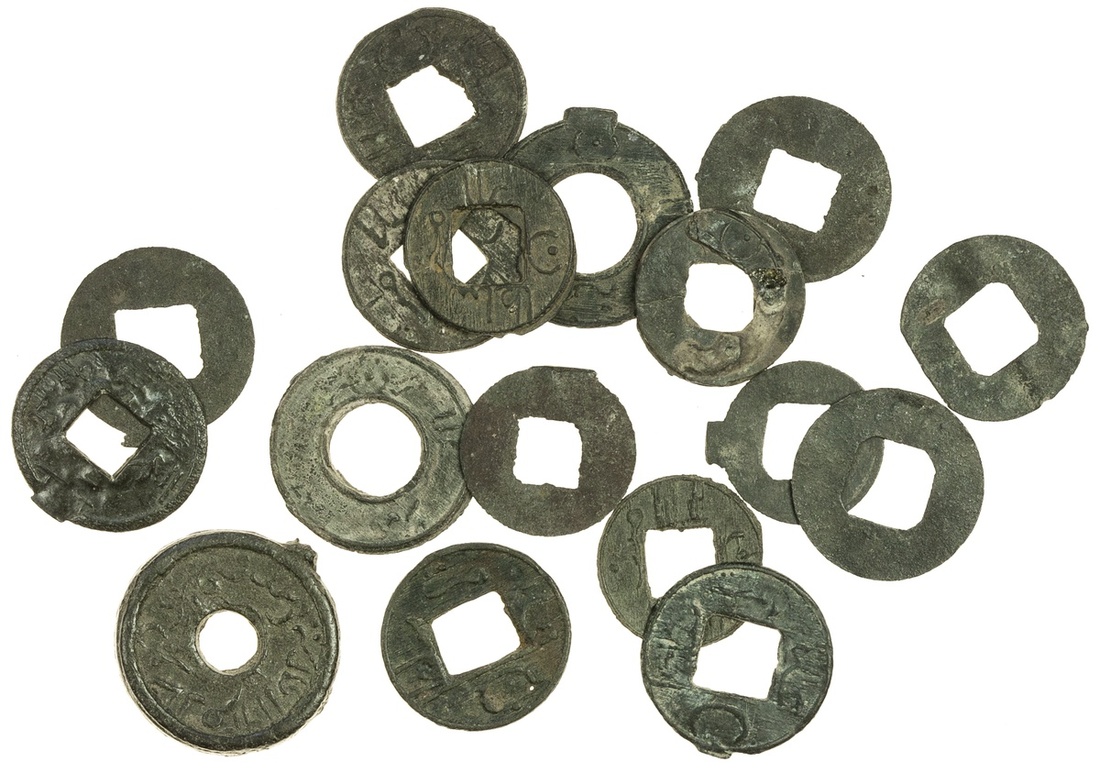